Formation flying will play an important role in the space systems of the future. Formation flying means that several spacecraft in a group can communicate and interact with one another with high precision. When it comes to observation missions, the researchers prefer to build large antennas or apertures using several smaller units rather than one large one. This simplifies the mechanical construction and reduces launch costs, but on the other hand it generates much higher requirements for precision in navigation, control and regulation technologies and thereby for interconnected sensors and measuring systems.

In the future, it will be preferable to fly more than two crafts, and this requires new research in the areas of error management, decision hierarchies and associated communication methods. Furthermore, secure and robust flight configurations must be ensured, with optimal utilisation of the fuel at hand. New knowledge can also be applied in other industries, for example in multi-vehicle control and multi-robot control systems. 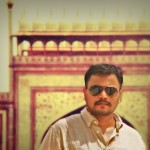 For us at LTU Business, it is important that you feel confident about the way we manage your personal data, according to the General Data Protection Regulation, GDPR. We collect data about how you browse our website, via Google Analytics, to improve and analyze how our services are being used, in order to create the best possible experience for you.I agreeNoRead more