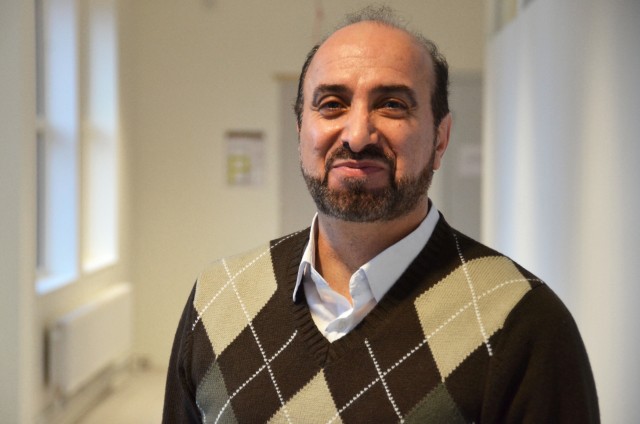 What will be the first officially Swedish registered miniaturized satellite will be developed and tested at Luleå University of Technology, in collaboration with the UK-based Open Cosmos Ltd, in the international initiative the QB50 project. – This will be an “enabler” for our group, thus important, says Reza Emami, chaired professor of Onboard Space Systems.

The CubeSat being built at Luleå University of Technology.

The QB50 mission involves a network of nearly 50 cubesats, miniaturized satellites, built by international academic teams in collaboration with the industry. The cubesats will perform in-situ scientific measurements and explorations in the largely unexplored lower thermosphere.​ They will be complementary to the remote-sensing observations by instruments on Earth, observation satellites and sounding rockets.

– The purpose of the mission is to obtain a broader range of data on the Earth lower thermosphere to enhance the existing atmospheric models. It is also a demonstration of technologies for multi-point, in-situ measurements utilizing miniaturized satellites, says Reza Emami.

A cubesat is a miniaturized satellite, a square satellite that measures ten centimeters and weighs one kilogram. The cubesats being built and used in the QB50 project are so called double-unit cubesats; they consist of two cubesat units and weighs two-three kilograms. This means there is more room for modules and payloads (the measurement devices). The nearly 50 cubesats that will be launched are supposed to work together in harmony, i.e. having coordinated orbits, motions and maneuvers. This cluster of satellites creates an opportunity for more extended measurements in space.

– It is of course difficult in terms of cost, complexity and development duration, to have multiple regular-size satellites for such missions; hence the incentive for using smaller and simpler platforms, such as miniaturized satellites, says Reza Emami.

– The development, in partnership with Open Cosmos Ltd, will provide our research group with a rich experience of complete assembly and test of a cubesat, along with an opportunity to develop and verify new platforms for concurrent engineering and end-to-end test of such miniaturized spacecraft.​

The Onboard Space Systems research group will facilitate manufacturing and testing the double-unit cubesat in spring 2016, and will operate the satellite after the launch alongside the other QB50 cubesats by the end of 2016.