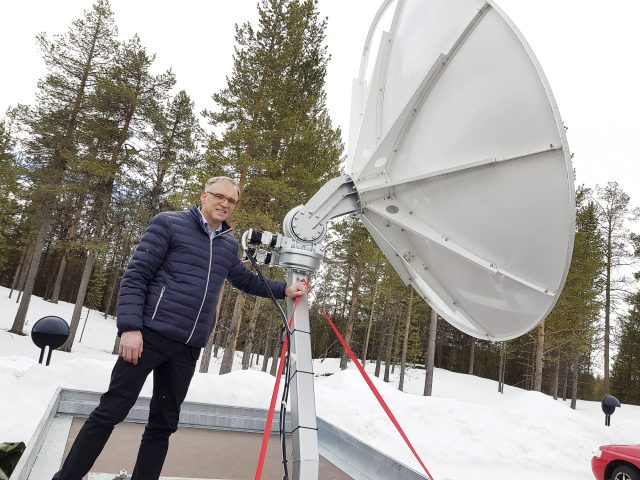 – Today there are major communication problems in the arctic. It is sparsely populated and because of that there are no telecommunications network or fiber network. We want to solve this by providing internet via nano satellites in a polar orbit above the 66th latitude, said Jan-Olof Sänkelä, founder of N66 Connect.

Nano-satellites in polar orbit means that the satellites rotate around the earth from pole to pole. N66 Connects vision is a satellite network consisting of up to 108 nano-satellite to be established around the poles in cooperation with the company Leosat. The company was started when Jan-Olof Sänkelä got in contact with Luleå university of technology through the RIT-project.

– I was commissioned to build a system for Luleå University of Technology and it was a huge challenge. So I started the company around that mission. N66 Connect was created thanks to the RIT project, said CEO Jan-Olof Sänkelä.

In the end he deviced a communications device specifically designed to work in the Arctic climate. The communications device can follow two satellites at the same time and also synchronize the signals to an uninterruptible distribution. Reza Emami, Professor and chair of Onboard Space Systems at Luleå University of Technology is on the advisory board of the company.