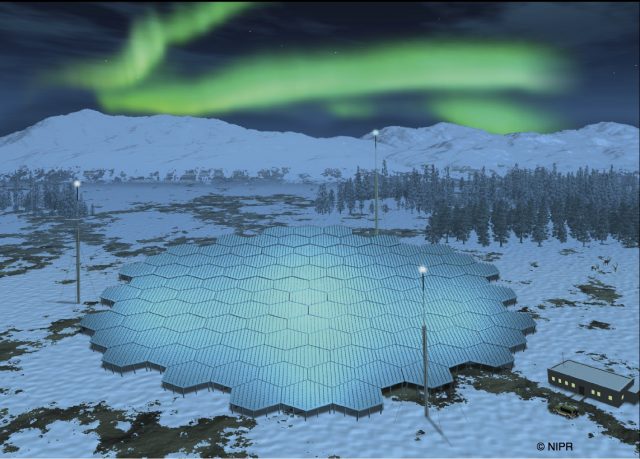 EISCAT3D, a new space project totalling hundreds of millions SEK in investments, can provide many new business opportunities for Swedish companies. EISCAT is currently looking for interested companies and several tenders are available on the organisation’s website.

EISCAT 3D is under way and soon a completely new international research radar will be developed to understand the effect of solar rays and space weather in the Arctic top atmosphere, as well as for research on northern lights. The EISCAT3D facility, with a total cost of 685 million SEK, will be distributed in three locations in Norway, Sweden and Finland.

– The current tenders cover recipient electronics, buildings for the three stations, and development of transmitters to be built at the station. The requirement for participation is prior experience. Also, an order may not exceed 40 percent of the company’s or consortium’s turnover, said Henrik Andersson, Head of Administration at EISCAT.

The first contract was won by a Chinese company, but a Swedish company came second. If a number of Swedish companies were to win, this would mean a great industrial cash flow for Sweden. The remaining tenders will expire in 2018.

Each site will consist of approximately 10,000 antennas and be powered by a powerful 5 MW transmitter in Norway and with recipients in all locations. The radar is expected to be operational in 2021.

– The tendering is a two-step process. First, companies and stakeholders submit an expression of interest with a reference project to show that they are big enough to handle a project of this size. Having received this, we announce which companies have been approved for the next phase. We have a discussion with the companies and they submit their bid. From there on, it’s a common tendering process.

EISCAT 3D will be the world’s leading facility of its kind, offering a critically important window to the upper atmosphere and the nearest ground space in the European Arctic region. The system will be built by the EISCAT Scientific Association, consisting mainly of research councils and national institutes from Finland, Norway, Sweden, Great Britain, Japan and China.

– At present we have signed one contract and we are currently assessing another tender. We expect to announce 2-3 major tenders in the next few months, said Henrik Andersson, Head of Administration at EISCAT.