Research infrastructures that strengthen Sweden as a space nation 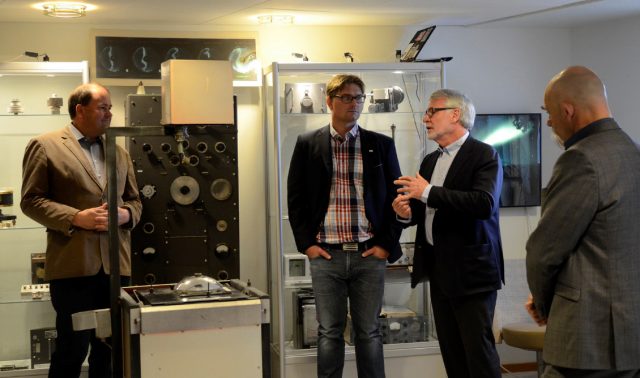 On Space Campus in Kiruna, the Academy within Space Kiruna is gathered: the Institute of Space Physics, the research organization EISCAT and Luleå University of technology and the RIT-project. Here world-leading research is carried out within a wide variety of space disciplines and training of tomorrow’s space engineers and scientists.

It is often said that research drives technology forward, and that that advanced research in space would be completely impossible without the expertise that the space industry has developed over the past 50-60 years. This thanks to scientists’ persistent focus on studying space phenomena in space and not only from the ground.

In Sweden we have a longstanding expertise in space technology development and a large part of the expertise is available in Kiruna.  Not only the competence of the people working within the space industry but also the effective research infrastructure that attracts customers and partners from all over the world. This infrastructure is spread over a large area in the municipality, and now there are plans to develop it further through the projects like RIT, New Esrange and more.

Right now an investigation about launching small satellites from Esrange Space Center is ongoing. The Government has appointed an investigator, Jan Nygren, who along with a delegation from the Government Office, the County Administrative Board of Norrbotten, the Swedish National Space Board and the Swedish Space Corporation just visited Space Campus in order to inform themselves about how different actors in Kiruna and Norrbotten can make satellite launches from Esrange becomes reality. The chairman of the Kiruna Space Council, Stefan Sydberg, also participated in the visit and welcomed the delegation to Space Kiruna. Mr. Sydberg also emphasized the importance of collaboration to succeed in strategic step towards a “European Space Center of World-Class.”

– From our perspective, satellite launches from Esrange will mean a lot, says Victoria Barabash, Head of Division of Space Technology at Luleå University of Technology. Our students here at the Space Campus are already today involved in a range of projects with the space industry and this would strengthen our collaborations skills further.

In the long run satellite launches from Esrange will bring advantages for the whole county of Norrbotten and Sweden, with opportunities for more education and training, further research, advanced technological development and certainly also a number of new jobs.