Why are the Space Engineers so happy ? 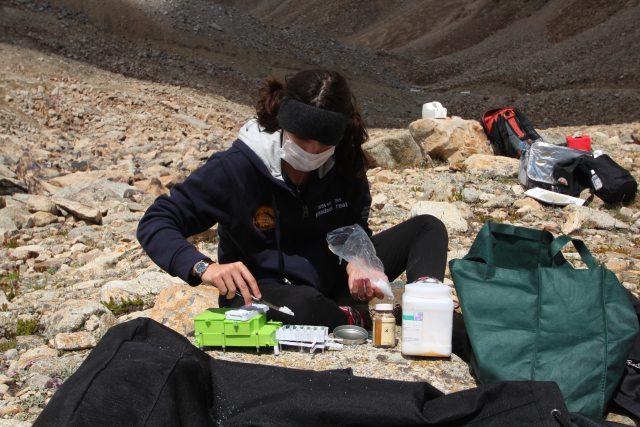 The question was asked by Javier Martin-Torres, Chair Professor in Atmospheric Science at Luleå University of Technology, when he had just shown a video to the audience, taken four years ago at the Jet Propulsion Laboratory (JPL) in Pasadena, California. The space engineers at the film laughed as they cried and hugged each other.
– They follow in realtime the landing operations of the spacecraft Curiosity on Mars. Some of them had worked on Curiosity for 15 years before the landing. I usually say that these engineers had been crying anyway no matter the result of the landing. Now it was lucky that they were crying with joy. But overall 400 engineers of JPL had been working on the Mars landing and Curiosity development for fifteen years, so it is very difficult to land on Mars, he said.

In the room next to these overjoyed aerospace engineers, August 5, 2012, was also Javier Martin-Torres. He was in the room with the other space scientists in the mission and they could follow the course of events and the jubilation of the engineers in the room next door, and he understood from their reaction immediately that the landing had succeeded.

The audience could themselves check out HABIT
Now Javier Martin-Torres is himself in charge of the work behind the first Swedish instrument, HABIT, to land on Mars by 2020, ExoMars 2020. During the presentation he shared a prototype of the instrument HABIT around the audience at the House of Science, an instrument that has already been tested at various places in the world in Mars-like environmental conditions.
– When developing a tool for space, you must be sure that everything works. We must know how the instrument works in all possible conditions that we could face on Mars, said Javier Martin-Torres.

HABIT consists of two units, BOTTLE and ENVPACK. BOTTLE (Brine Observed Transition to Liquid Experiment) consists of a container of salts divided in different vessels, where the deliquescence process will be monitored as it occurs, providing a first in situ direct observation of liquid water. It includes hygroscopic salts whose presence in the Martian regolith has been reported so far, such as magnesium, sodium and calcium perchlorates, as well as sodium chloride. HABIT will allow knowing in every moment if the salts are dry or hydrated and how much water they contain.

The purpose of the instrument, HABIT, developed at Luleå University of Technology, is to determine if there is water on Mars, and has direct implications for the search for life on the planet. The presence of water on Mars increases enormously the chances to eventually be able to send astronauts to Mars.

His research team was the first in the world determining that there are evidences of liquid water on Mars. HABIT should be able to “catch” the water on Mars, so you really see it.

Personal experiences from Mars-like environment
HABIT has been tested in Abisko, in Iceland and, during the last summer, in northern India. Johanna Bergström-Roos, projectleader at RIT went with graduate students in Atmospheric Science, Alvaro Soria-Salinas and Teresa Mendaza-de-Cal to India and the prestigious Ward Space Bound India, an expedition organized by NASA.

The final destination was the Ladakh in northern India, March 1 Analogue, i.e., an area that is so much like Mars, as it is possible on Earth. The area is close to Tibet and is highly relevant from an astro biological perspective: it is located at a high altitude (between 3500 and 5500 meters above sea level), it is extremely dry and cold, and there is high UV exposure.

– It felt like landing on Mars. The topology is so similar to that of Mars. It was extremely high UV radiation, which is also Mars likely because there is no good atmosphere that protects the planet. This trip is also a good way of marketing the space industry in Kiruna and attract new partners to the city, said Johanna Bergström-Roos.

Secret parcel in Kiruna
During the twelve-day expedition HABIT tested, and the researchers took samples from the soil, water, ice, permafrost and air particles. The purpose is to determine the amount and diversity of life through chemical and biological analysis, thus contributing to the astro biological studies that form the basis for the expedition on mars. Now the results will be analyzed.

– The hardest thing was that we were on such a high altitude, it was heavy to carry all the equipment and we had little time to take our tests before we had to go down to a lower level, plus we must not contaminate the samples. We had to do the right things and quickly, said Johanna Bergstrom-Roos.

After the lecture Javier Martin-Torres, told that he had an unopened package waiting for him at home in Kiruna, a new prototype of HABIT developed by Omnisys together with Luleå University of Technology , with the size of the one that it will have when it will be sent to Mars in 2020, that is, about 25 cm long, no longer than that.