Space Week in Luleå: Learn about the Mars Expedition and Habit 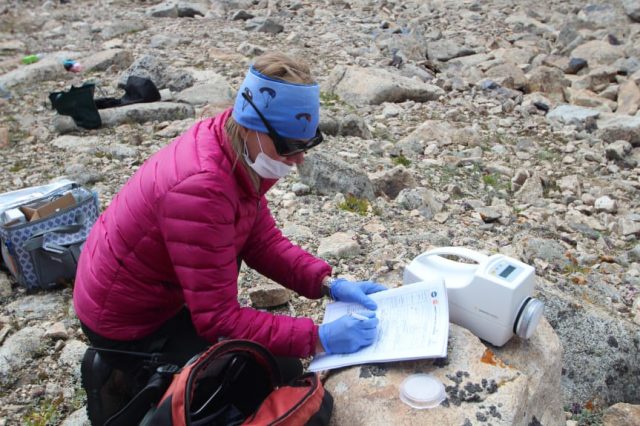 Professor Javier Martín Torres and project manager Johanna Bergström-Roos will tell us more about the Space Week at Luleå University of Technology, which is also attended by astronaut Christer Fuglesang

Luleå University of Technology is Sweden’s Space University, with campus in Space Engineering and the space research school in Kiruna and Sweden’s only Master of Science in Engineering.

The university conducts prominent space research in atmospheric science and space technology. Javier Martín Torres, professor of Atmospheric Science, led an international research team that found evidence of liquid water on Mars, and he is also involved in developing the first Swedish space instrument, HABIT, which will be on the mars lander that is supposed to be launched in 2020 with the European space Agency’s expedition ExoMars.

On Tuesday, November 15th at 16:30 There will be a lecture by Javier Martín Torres at the House of Science in Luleå together with Johanna Bergström Roos, project manager for RIT (Space for Innovation and Growth) about the planned March expedition in 2020, whose main goal is to find out if there ever been life on our neighboring planet Mars.

The road to Mars is long and runs through the drylands of Abisko, which proved to be a suitable place to perform tests of HABIT for the upcoming March trip. Another test site is the region of Ladakh in northern India. Ladakh is a high altitude and extremely cold and dry climate and high UV exposure – just like on Mars.

This summer, a team of researchers from Luleå University of Technology, embarked on a twelve-day expedition in Ladakh, where HABIT tested and they took samples including soil, ice and air.

– Test areas in Ladakh is situated on 3500 to over 5500 meters in altitude and gives us one of the best environments similar to mars that you could find Earth. It is of the utmost importance when we test the instrument before its operational phase. These trips also helps us a grow a network and attract new partners to Kiruna, said Johanna Bergström-Roos.

During the lecture at the House of Science, unique pictures from the India expedition will be shown. The audience will also learn more about the chamber that Javier Martín Torres and his team are building at the Space Campus in Kiruna.

– The chamber allows us to simulate different conditions. It allows us to perform experiments during Mars-like conditions, and also calibrate HABIT’s sensors, said Javier Martín Torres.

– We appreciate that Christer Fuglesang, who is an obvious representative of science, choose to speak with teachers and teacher assistants. The school and its activities need positive role models, says Caroline Graeske, head of the Department of Art Communication and Education at Luleå University.

For the lecture by Christer Fuglesang pre-registration is required. Get it from [email protected]

SPACE IN FOCUS – IT HAPPENS DURING THE WEEK:

Monday, November 14 at 2:00 p.m. to 8:00 p.m., House of Technology: Education day for teachers. Space researchers from Luleå University of Technology lecture, participants are given the opportunity to test astronomical apps and programs, construct and launch rockets and see space movies in the House of Technology planetarium.

Monday, November 14 at 18:00, Aula Aurora: Christer Fuglesang lectures for teachers, student teachers and teacher educators about the mission on the ISS in Aula Aurora at Luleå University of Technology.

NOTE! Journalists who wish to attend the lecture by Christer Fuglesang must pre-register to [email protected]

Tuesday, November 15th at 09:00 to 11:00, House of Technology: Life on Mars? Professor Javier Martin-Torres from Luleå University and Johanna Bergström-Roos, project manager for RIT (space for innovation and growth) lectures for school classes about the upcoming March expedition and the tests of the space instrument, HABIT.

Tuesday, November 15th at 16:30 to 17:30, House of Science: The Road from Norrbotten to Mars, Javier Martin-Torres, professor of atmospheric science at Luleå University of Technology, and Johanna Bergström Roos, project manager for the RIT, explains and shows pictures from this summer’s expedition in the Himalayas. The plan is that by 2020 to send a lander to Mars as part of the ExoMars mission and the primary goal is to investigate whether there was ever life on Mars. HABIT will be on the lander – and will then hopefully the first Swedish space instrument on Mars. All interested are cordially invited to the lecture!

Friday, November 18th at 11:30 to 13:00, House of Technology: Fifth graders meet Christer Fuglesang. He tells about the life of the ISS for classes from Kalix and Luleå with a special interest in space. Afterwards, the question and answer session and then conducting classes a space relay along with Chris. The mission is all about what you need to take with them into space